LAUNCH OF THE BOOK “VIENNA CONVENTION ON DIPLOMATIC RELATIONS COMMENTED”

We invite you to attend the launch of the book coordinated by OBSERVARE researcher Patricia Galvão Teles, entitled “Vienna Convention on Diplomatic Relations Commented”.
The session will be broadcast live on the facebook of the Diplomatic Institute and will be attended by the Minister of Foreign Affairs. 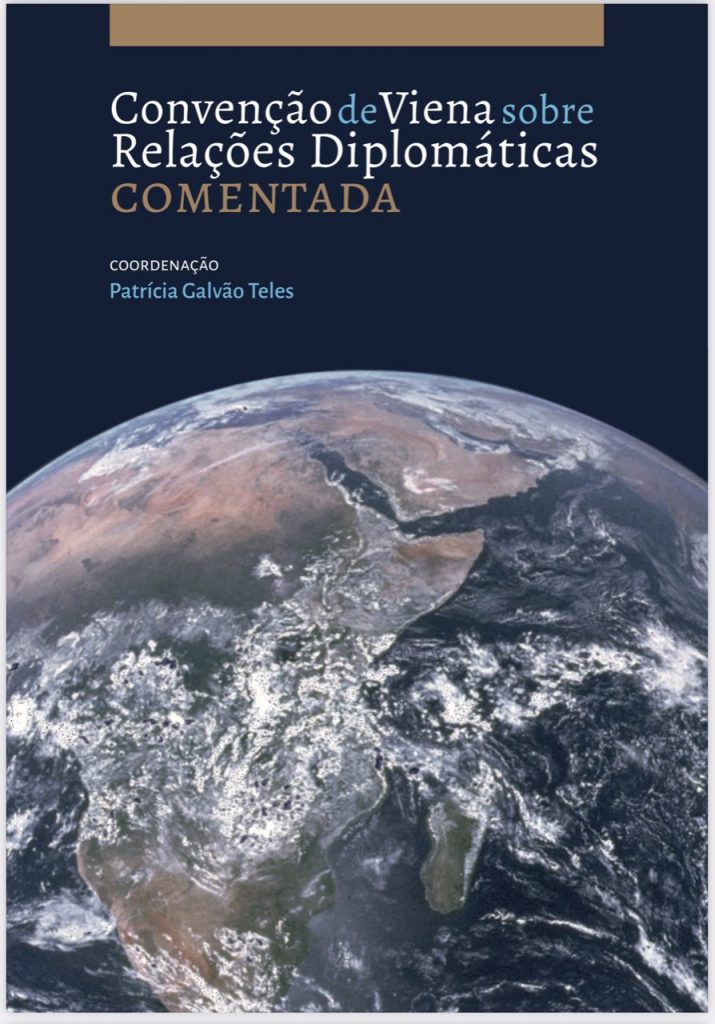 The Vienna Convention on Diplomatic Relations is a fundamental instrument in day-to-day diplomatic life, in a capital city or abroad. Relations between the Ministry of Foreign Affairs and the Embassies in Lisbon, as well as with their diplomatic agents accredited here, or relations between our Embassies and the accrediting States are regulated by this Convention, adopted in 1961, and to which Portugal acceded in 1968.

The purpose of this work is to assist the reading of this important Convention in solving concrete problems that arise in diplomatic life, commenting on each article, its scope, its limits and international practice, and above all, presenting whenever possible Portuguese practice.

Research unit evaluated and funded by FCT through the project UID/CPO/04155/2019.
This website was restructured through financing by national funds from FCT - Foundation for Science and Technology, I.P., under the Project - Refª UID/CPO/04155/2019