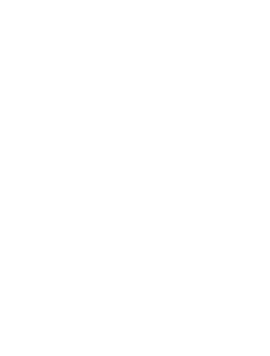 The IV OBSERVARE International Conference, held from 23 to 26 November this year, 2021, has as its theme “Multilateralism, a condition for global governance”. It covers the fundamental issues that, being the object of theoretical elaboration, also refer to eminently practical dimensions of the current world situation. Were thus developed themes such as the concept of the international “order”, the conditions for a cosmopolitan democracy and the various platforms on which, at different levels, the regulation of globality can be implemented.

It was in this context of special opportunity that the Scientific Council of OBSERVARE unanimously decided to award, in the circumstances of this IV Congress, the individual prize to Engineer António Guterres, United Nations Secretary-General. We could hardly identify anyone who was more deserving of this distinction, as he is an inspiring example in the complex panorama of present international relations. He has done us the honour of accepting this tribute and, since it was impossible to ensure physical presence, he delegated his representation in the person of Dr. Guilherme d’Oliveira Martins, Administrator of the Calouste Gulbenkian Foundation.

The reasons for our deliberation are so evident that they almost need no justification. The truth is that António Guterres has just ended his first term as Secretary General of the United Nations, a particularly difficult mandate, exercised in times of the return of nationalism and the challenge of multilateralism, namely that of the UN system. But the recognition of the merit of his wise performance earned him his reinstatement in office by acclamation of the members of the Security Council and the General Assembly. In this way, he personifies the highest point of multilateralism in the present international system, as if in his person were concentrated all those values that are the best of humankind’s achievements, the values of cooperation without borders, of peaceful coexistence between peoples, of solidarity between humans, in harmony with the physical nature where they live.

Very early António Guterres participated in international processes. In the years 1981-1983 he was a member of the Parliamentary Assembly of the Council of Europe. Between 1992 and 1999 he was Vice-President of the Socialist International, responsible for the area of ​​development, and became President of that organization until 2005, the year he assumed the position of High Commissioner for Refugees. In the ten years in which he exercised this responsibility, António Guterres demonstrated, in the continuation of his previous practice, a peculiar attention towards the most disadvantaged in our societies. He has thus acquired a special authority to, repeatedly, now launch appeals to the entire international community for greater justice in the distribution of wealth, greater respect for the dignity of migrants and asylum seekers, the elimination of violent conflicts and the safeguarding of ecological balances by urgently reducing global warming.

OBSERVARE researchers are in solidarity with these causes and, by paying respect to António Guterres, they express their support for all the efforts of multilateral platforms aimed at regulating the international order and humanizing relations not only between governments, but also between the peoples who they represent.