DISTINCTION WITH THE MEDAL OF THE CROSS OF SÃO JORGE TO PROF. LUIS TOMÉ 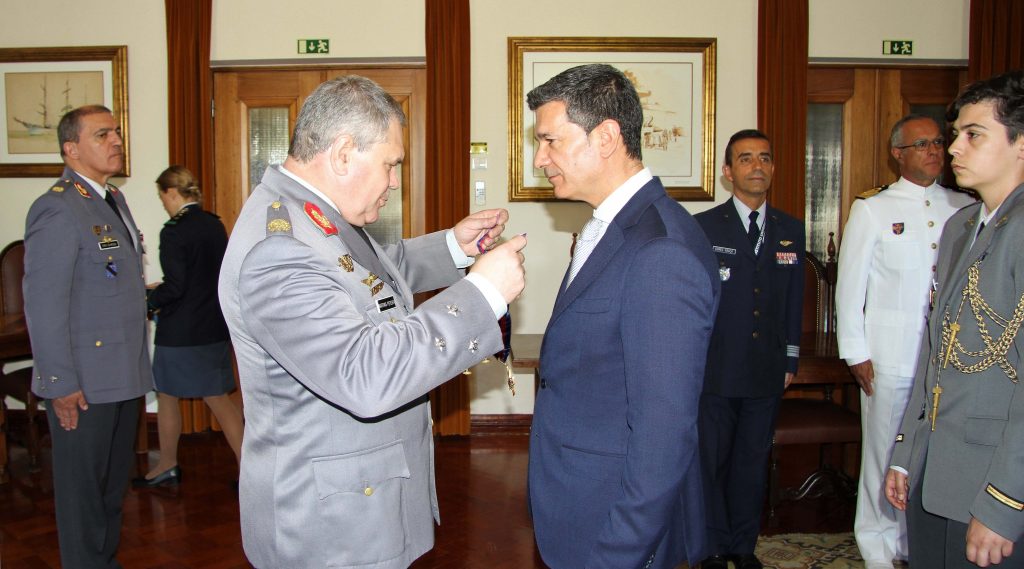 On the initiative of the Chief of Defence Staff (CEMGFA), Admiral Silva Ribeiro, Professor Luis Tomé, Director of OBSERVARE-UAL, was awarded the Medal of the Cross of São Jorge, First Class, in recognition of his contribution to Higher Military Education and the reinforcement of the skills of the Portuguese Armed Forces in the field of International Relations.

The decoration ceremony took place on the 22nd July, at the Instituto Universitário Militar (IUM), where Prof. José Manuel Félix Ribeiro, from the Universidade Nova de Lisboa, was also decorated. The medal was awarded by the Commander of the IUM, Lieutenant-General António Martins Pereira, representing the CEMGFA. Present at the ceremony, besides representatives of the three branches of the Armed Forces and the GNR, were the Rector of the UAL, Prof. José Amado da Silva; the President and Vice-President of the CEU/UAL, respectively, Dr. António Lencastre Bernardo and Prof. Reginaldo de Almeida; the Director of the Portuguese Institute of International Relations (IPRI), Prof. Nuno Severiano Teixeira; and the Director of the Institute of National Defence, Prof. Isabel Nunes.

The distinction is awarded simultaneously to deserving military personnel and civilians for outstanding acts. 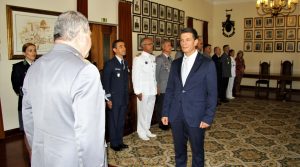 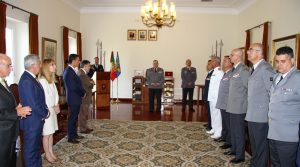