THE SECURITY DILEMMA IN RUSSIA’S NEW NATIONAL SECURITY STRATEGY: BETWEEN MILITARISM AND BEING A GEOGRAPHICAL PIVOT

Assistant Professor, Department of Political Science of University of Minho (Portugal) and Director of the Master Degree in International Relations. Ph.D. in Political Science and International Relations from Sciences Po. Awarded the Jacques Delors Prize 2005 for research on the European Union and Russia. Collaboration with the Portuguese Embassy in Russia. She was nominated by the Minister of Foreign Affairs to be part of the jury for access to the diplomatic career; responsible for the creation and coordination of the Diplomatic Career Access Course, UminhoExec and member of the Board of the Portuguese Political Science Association (APCP). She was Guest Lecturer within the scope of postgraduate courses in foreign universities. She was Guest Researcher at the Centre for European Policy Studies

Lieutenant Colonel of the National Republican Guard (Portugal), Professor in Armed Crises and Conflicts at the Military University Institute, teaching Geopolitics, International Relations and Security Studies. He participated in GNR missions in Iraq, East Timor and Bosnia and Herzegovina (European Union-EUFOR). He is the Coordinator of the Nucleus of European Military Studies at the Research and Development Centre of the IUM, and an expert in internal security and criminal phenomena. Master’s degree in law and Security and Bachelor and master’s degree in military sciences. Postgraduate diploma in Political Science and International Relations and is a Ph.D. student in International Relations in the specialty of political studies. He is a researcher at the Research and Development Centre of IUM, and author and co-author of several publications in the areas of Geopolitics and Security Studies.

The article analyses the new Russian Security Strategy as a formulation of Russia’s “security dilemma”, both in terms of interpretation and response (Booth and Wheeler 2007). Very focused on the transformation of the world order, resulting from changes in the International System, within which the powers seek to strengthen their positions in the global structure, the strategy increasingly foresees the use of the military instrument as a way of guaranteeing and imposing national interests, which are reflected in different domains and regional areas. Exploring the strategic relations with China, in economic and political terms, Russia also seeks to strengthen its status as a global power, through the expansion of geographic space and areas of intervention. In its interpretation of the so-called “modern world”, very marked by the rivalry between the US and China, it seeks to assume itself as the geographical pivot of that same relationship. The National Security Strategy therefore is a roadmap for Russia’s ambitions, assessing the motives, intentions and capabilities of the “others” and identifying the “rational” and “legitimate” ways of responding to its “security dilemma”. Whereas it is possible to confirm that the invasion of Ukraine on 24 February 2022 materialized the elements present in the strategy, the effects do not seem to coincide with the objectives sought by Moscow. 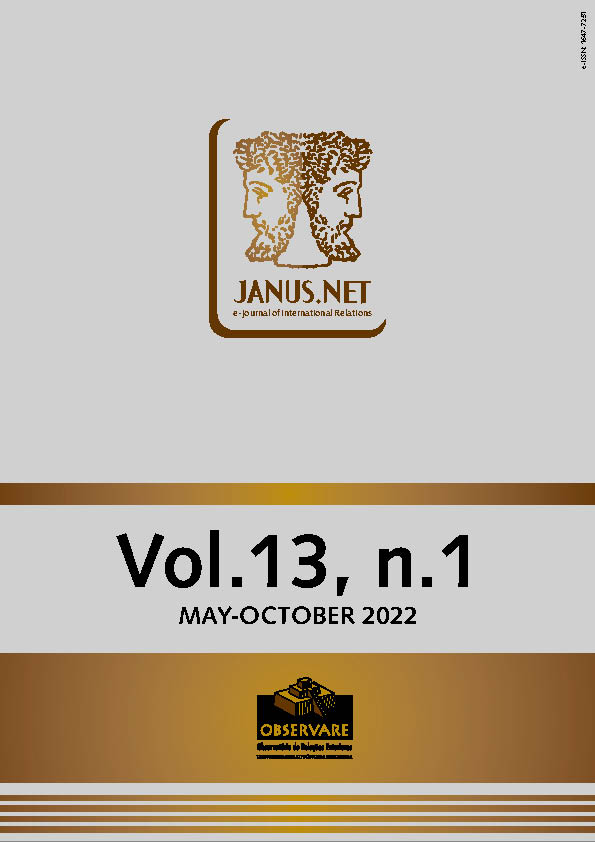 Periodicity: semiannual
© Of the issue: OBSERVARE
© Of the texts: the authors